Elon Musk is known for being a radical innovator with a taste for currency and payment revolutions. After his recent announcement that Tesla would be accepting Bitcoin as payment for its motor vehicles, the world became more receptive to the prospect of cryptocurrencies and blockchain to re-imagine traditional finance. However, the entrepreneur didn’t stop there. 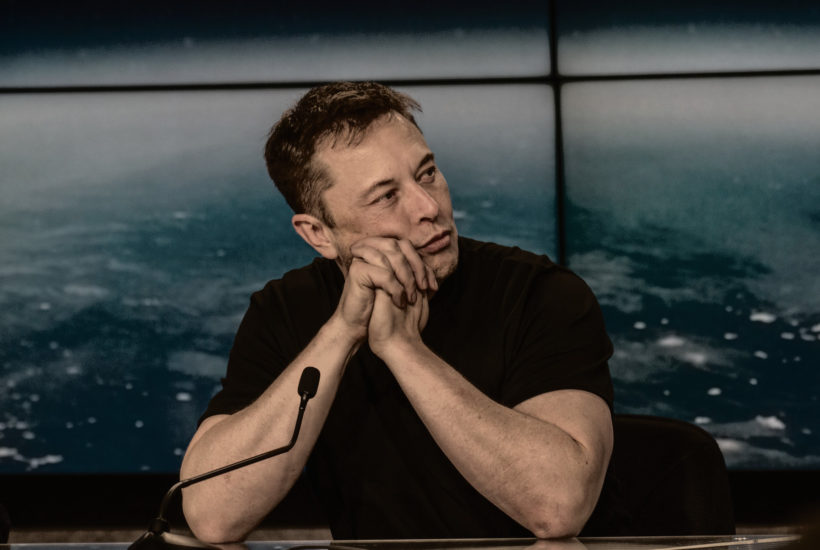 This year alone, Elon Musk has made headlines as one of the early-adopters of decentralized finance, particularly with the revelation that Tesla wouldn’t be converting Bitcoin into fiat currency. He’s currently auctioning a song about Non-Fungible Tokens (NFTs) — as an NFT. Musk doesn’t shy away from expressing his opinion, with one tweet about Dogecoin causing a surge in the price. But now, according to veteran precious metals investor David Morgan, there’s an opportunity for Musk to revolutionize the traditional monetary system through the LODE Project.

Earlier this week, Morgan published an open letter to Elon Musk. Find it below.

You are a pioneer of change across industries.

You recognized the need for innovation in the payments industry that has redefined the nature of day-to-day transactions forever. It can be said that X.com – and subsequently, PayPal –  triggered an entirely new perspective about how technology can make the world more efficient as a whole.

You are now a force in blockchain technology. Tesla’s investment in Bitcoin represented a turning point in the cryptocurrency space, giving legitimacy to a market that has been questioned by many in and out of the financial system. You know the influence you possess to move markets, which means one tweet or one statement can break the rigid resistance to change in the financial industry. Imagine a new innovation, one that is not only geared for the future but informed by the past, bettering the financial well-being of all.

I have been an Ambassador of the LODE Project since 2018. I took on the role because I liked how LODE could combine the cutting-edge application of distributed ledger technology with the historically established role of silver, to provide people with the best of both worlds. LODE is building the world’s first completely socialized global payments system, compliant with international finance law and regulation, backed by gold and silver. Beyond making financial freedom accessible to all, allow me to explain how joining the project can solidify Tesla’s role as an innovator in the digital economy.

LODE works to tokenize gold and silver on the blockchain, digitizing the assets that serve a multitude of purposes as safe-haven investments and integral manufacturing materials. This monetary ecosystem gives these metals a role as money in the modern age, sharing the same characteristics as cryptocurrencies like bitcoin, with the added benefit of decreased volatility as they represent stablecoins backed by physical metals.

AGX (digital silver) and AUX (digital gold) were created not only to facilitate commerce, but to provide a means for precious metals adherents to evolve alongside the rapidly transforming financial space. Each AGX Coin represents one gram weight and measure of vaulted and verifiable silver bullion while each AUX Coin represents one milligram of vaulted and verifiable gold bullion, securely held in the LODE’s distributed reserves. Accepting AGX and AUX as payment for Tesla’s wide range of products would virtually be the same as accepting physical silver and gold as payment, but better. AGX and AUX enable you (and your customers) to access silver and gold at a fraction of the retail price and the added benefit to you is that you can then easily redeem your coins for physical metals when needed.

Elon, by accepting payments for your products in digital silver – be they solar panels, electric vehicles, or rides on SpaceX – you will once again prove your ability to pave the way for a brighter future for everyone. Accepting AGX Coins is what we consider the PayPal of the precious metals-backed crypto, and in some ways, is better than accepting physical silver.

Both AGX and AUX are set to hit the world stage in 2021, already getting listed on a public exchange (Hotbit) in the second quarter of this year and with plans to be on several more exchanges by year end. As these digital assets circulate more, you have the opportunity to benefit from becoming a LODE Merchant and accepting AGX/AUX as payment.

For Tesla, there are additional advantages. With silver being an important component of your business innovations, Tesla will have the opportunity to secure silver at today’s prices by investing in its digital form, redeemable for physical silver that can be shipped to you on an as-required basis. This development comes at an opportune time, as the silver market is beginning to tighten. As bullion dealers warn of depleting supply and increased interest in the metal has resulted in the birth of a subreddit WallStreetSilver, you now have a chance to secure your supply of the industrial metal.

On behalf of all involved at the LODE Project, we would like to extend an invitation to discover why the LODE Project fits into your vision about the future of money. I envision that silver’s return into the monetary system will become a reality, and I humbly submit that you will determine if this undertaking will benefit humanity, your business, and your customers.

On behalf of the LODE Community