On Thursday, June 2nd Governor Gary Herbert signed into law a bill that allows gold and silver coins, minted by the U.S. government, to be considered legal tender in the State of Utah. This monumental event means that Utah has officially become the first state in the US to legalize gold and silver as currency – an exciting milestone, not just for Utahns, but for anyone concerned about fiscal stability! 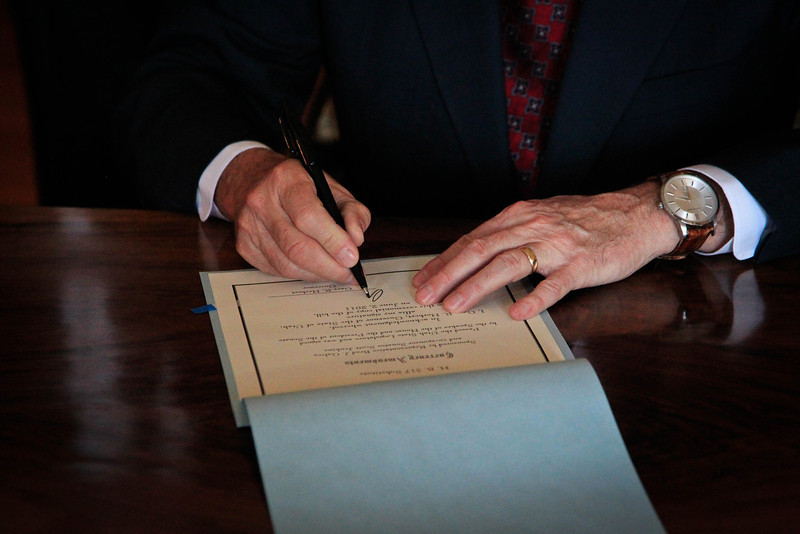 Governor Herbert signed the bill and held a one-hour ceremony featuring several of the foremost silver and gold experts from around the country. 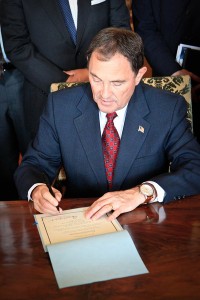 Those gathered heard from Larry Hilton, the Utah attorney who helped draft the law. He
who spoke about how a gold standard might restore faith in American money at a time when the country’s debt is spiraling out of control. He referred to the bill as a “dollar-friendly measure,” one that will strengthen the dollar by refocusing policy matters in Washington on what once led to the phrase ‘the dollar is as good as gold.’ ” 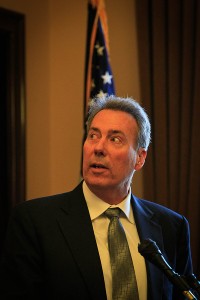 David Morgan, owner of silver-investor.com and a nationally recognized silver expert
also spoke to those gathered at the State Capitol.
Old Glory Mint played a key role throughout the grassroots process that led to the drafting of this legislation and its signing into law. As a private minting company, Old Glory supported the bill for sound money in Utah, from the beginning. Reed Larsen offered his expertise in the field by addressing many issues and helping to set parameters for the project. Several of the discussion meetings were held at the Old Glory offices in West Jordan. The trail to restoration of silver and gold as legal tender in the state of Utah has been a long and bumpy road. 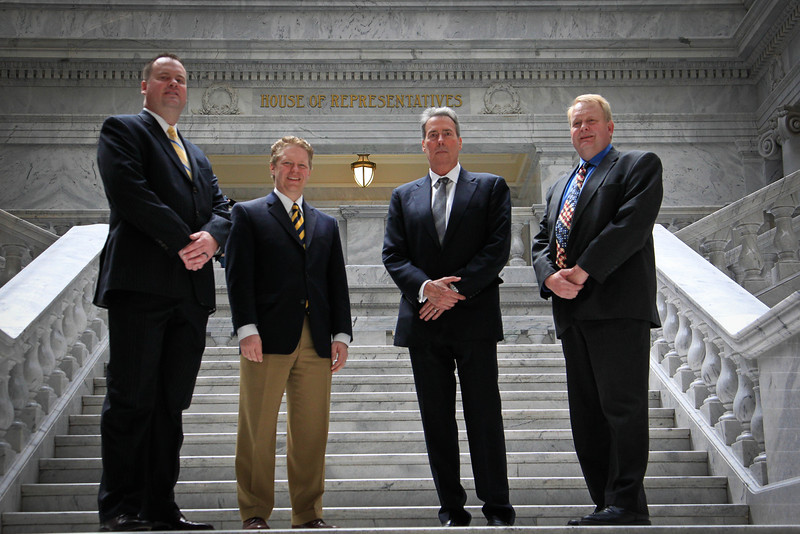 To mark this singular moment in history, Old Glory designed and minted a commemorative coin, entitled the “Anticipation Round.” One of only eight gold rounds minted by Old Glory was framed and presented to Governor Gary Herbert during the signing ceremony. Symbolically, only 888 silver rounds were produced to mark this occasion. The number eight was chosen specifically because it is the symbol of infinity, suggesting the way gold and silver have historically held their value over time and will likely continue to represent the value of real money going forward. This symbolism also speaks to the far-reaching influence the passage of this law could have on the value of currencies around the world for generations to come. 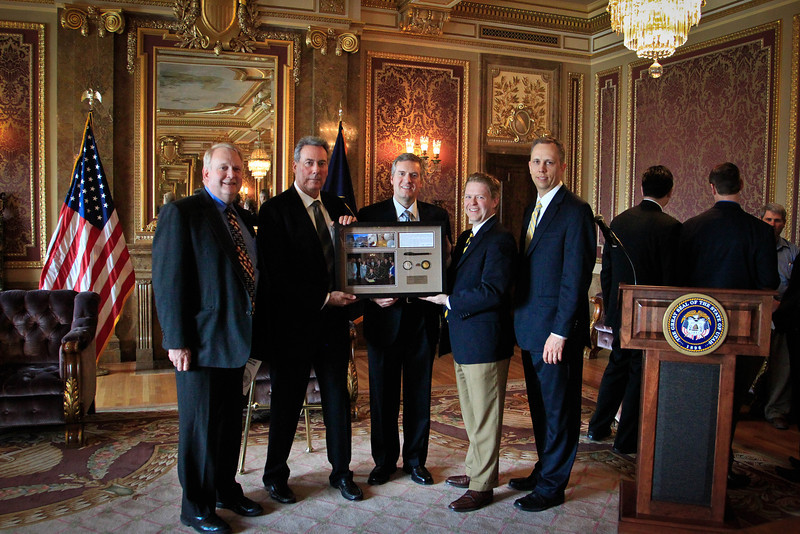 Old Glory owners and managers express appreciation for the invitation they received to be part of the process and commend the efforts of everyone who contributed to the passage of this ground-breaking legislation. 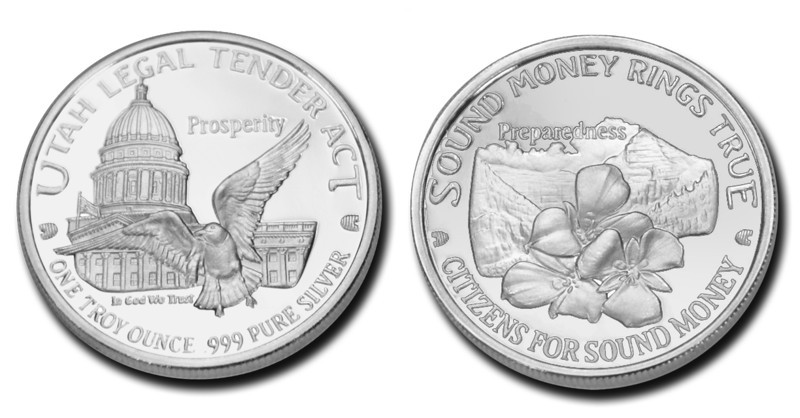 The Anticipation Round features a seagull and the state capitol on the obverse side of the coin with the sego lily, Utah’s state flower, and the majestic mountains on the back side. The purpose behind the representation of the seagull is to show the seagull’s involvement in helping early settlers in Utah. In the spring of 1848, settlers in Utah had crops that were being completely ruined by an overwhelming swarm of crickets. Thousands of seagulls came from the Great Salt Lake and eradicated the crickets quite quickly – thus saving the settler’s crops from further damage. The seagull and sego lily represent indigenous resources and remind us that unconventional means can be sought to preserve prosperity and that through preparedness we can thwart many of the repercussions of the impending financial challenge through precious metals.
So why was Old Glory Mint so involved in the process of passing this bill? Old Glory Mint purchases bullion straight from mines and the largest refineries, depositories and distributors, and uses it to mint .999 fine silver and .9999 pure gold rounds of various designs and sizes. We are one of the Top 10 private mints in the country, producing bullion products and customized designs in our 3,500-square-foot facility.
HB 317, The Utah Legal Tender Bill, addresses the need for individual states to return to a standard that connects true value with a monetary system. This constitutionally provided protection allows silver and gold coinage to be minted in each state. This bill fits into our overall mission to encourage the use and ownership of gold and silver products. We are thrilled to see the State of Utah take this first, and very important, step to protect Utah citizens and we anticipate, in the not too distant future, when other states will choose to do the same.
Wayne L. Palmer